Why Catholic Moms Need Each Other

“I was the youngest child in my family – I had very little experience babysitting, holding a baby, or anything like that!”

So when Dorothy, founder and spokeswoman for Catholic Moms Group, had her first child, she was ecstatic, but also overwhelmed.

“I started to go to different local mother’s groups that I had heard of,” Dorothy relates. “But I didn’t fit in there. Even in some Catholic mother’s groups, it was like the army, very rigorous. I tried to be like them, but it was like putting a square peg in a round hole. It wasn’t flowing.”

After searching for a community of like-minded moms and coming up short, Dorothy began to reflect on what exactly it was that she was looking for in a mother’s group.

“The thing for me,” she concluded, “Is, how do I become a mother that, twenty years later, her kids are going to church?”

“My mom managed to pass on the Catholic faith in the middle of all this craziness… How do I become that mother without being off-putting?”

This question caused Dorothy to reflect on her own mother, Teresa, who played a significant role in the formation of the Catholic Moms Group ministry, serving as both earthly inspiration and heavenly intercessor. 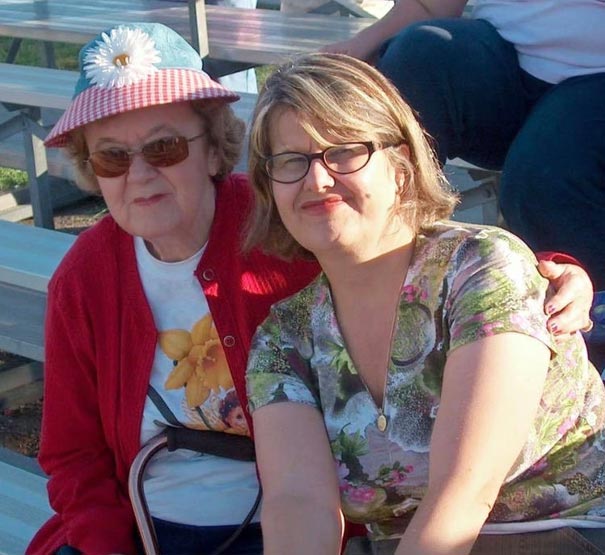 “I always say my mom was the first priest I really met,” Dorothy smiles, eyes sparkling from behind her ruby-red frames. “She took the salvation of our souls as top priority. But at the same time, she would be buying me Barbies and making my favourite dessert. She would cry and scream and laugh. She had a graceful wit. She was very real.”

It was that open, honest, and faith-filled example that Dorothy wanted to replicate when raising her own children.

“When I think of Our Blessed Mother and the spirit of mothering, what do I think of? My own mother. And what did my mother do? She created an atmosphere at home that was dignified and holy and cheerful. Even when she worked, she never missed having a hot dinner at 6pm sharp, every day. She wasn’t a domestic diva, and it wasn’t this Instagram beauty, but she took the role of being a mother and homemaker very, very seriously.” 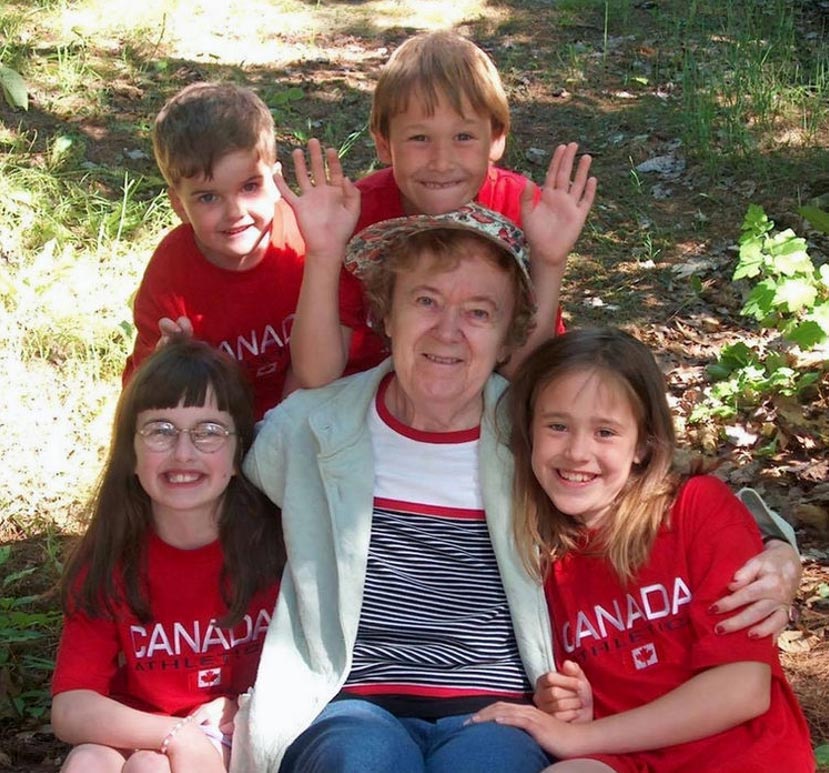 But, as inspirational as her mother’s example was, Dorothy knew that she couldn’t strive to imitate her mother’s methods exactly, because they are two very different people.

So when she made the decision to found her own mother’s group, Dorothy began by inviting women who had experience raising children in the faith as speakers, hoping to learn, adapt, and ultimately, settle into her own unique mothering style.

Though her original mother’s group had humble beginnings, eventually, word got out, the group grew in size, and Dorothy found herself being approached by other mothers curious to know how she had gotten started.

“People were asking me, ‘How did you do this? What’s the formula?’ And I tell them, it’s really not that complicated – starting a mother’s group is not rocket science!”

These expressions of interest made Dorothy keenly aware that other women were just as eager to find that sense of community that she had been craving, and this led her to start mother’s groups in other nearby parishes.

“I think if there’s a secret sauce,” she reveals with a smile. “It’s that we’re like Catholic girlfriends.”

Contrasting this with her earlier experiences in various mother’s groups, Dorothy points out that the Catholic Moms Group mission is not about following rules, achieving goals, or bringing in large crowds. 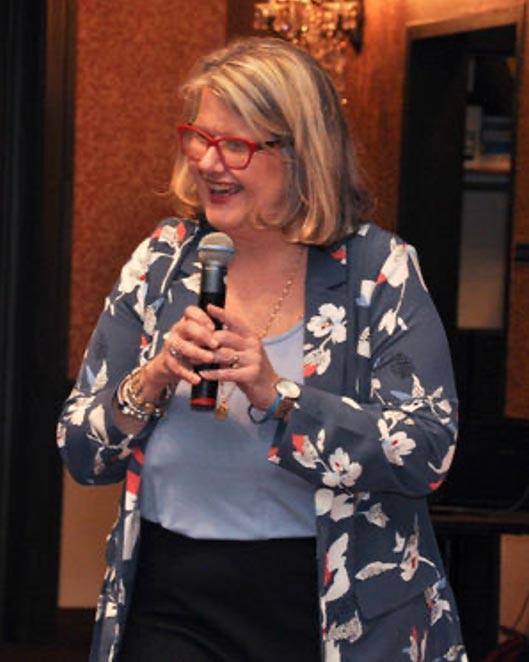 Her mission for any mother’s group meeting?

“I want the moms to feel love in the room, to make God’s love real in that meeting. Many people haven’t had love revealed to them, so if we can create a loving encounter, one soul to another, then in my mind, it’s a successful meeting.”

Dorothy also aims to inspire mothers to view the vocation to motherhood as a gift. This truth hit home for Dorothy a couple of years into her mother’s group ministry, when she was diagnosed with a debilitating and potentially life-threatening illness. After undergoing a renal bypass, Dorothy struggled for months, sick and in too much pain to complete even the simplest tasks, things which she longed to do for her family. 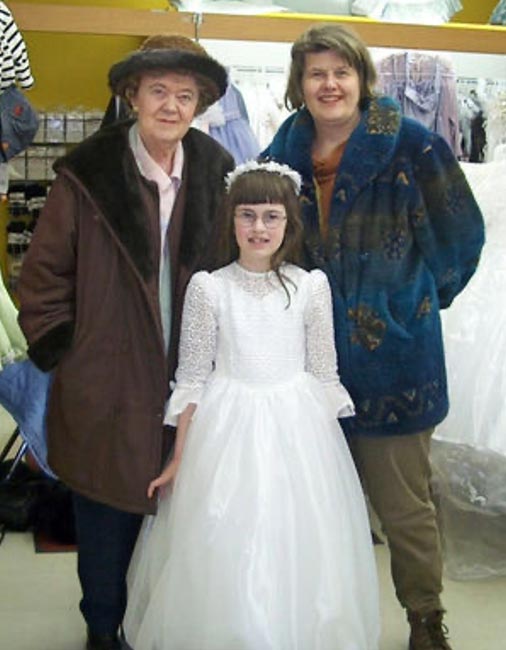 This is particularly true when it comes to the task of raising children. It was her own daughter, after all, who inspired Dorothy to keep fighting through the illness.

“My four-year-old daughter came in to where I was lying down in the living room, and I was trying to be cheerful, but she could just see from my face that something was wrong,” Dorothy relays. “And she got on her knees and looked up to the sky and said, ‘Hail Mary, full of grace…’ And I thought, I have to marshal my strength for this girl.”

“Then it became this realization of, ‘Oh my gosh, having kids is a gift! Being a mother is a gift!’”

Close on the heels of that realization came a resolution.

“I resolved at that time that if just one mom ends up having another baby because of my suffering now, then this time will not have been wasted. If just one mom will stop her workaholic schedule and actually relish being in the presence of her kids, then my suffering is not wasted. Just one mom, just one mom.” 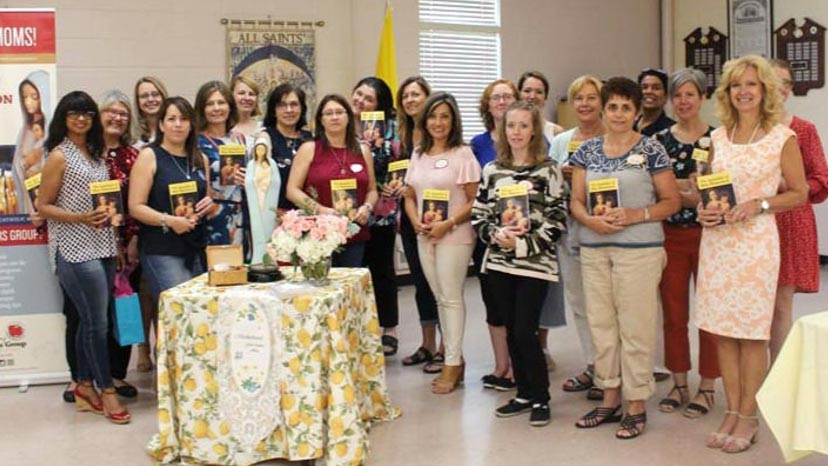 That focus on mothers as unique individuals has been instrumental in her approach toward running the Catholic Moms Group ministry.

“When people walk through the door, you have to make sure they feel special,” she begins.

“Mothers are so undervalued, and I want to offer them a bit of encouragement. I know it’s hard, and you are not alone!”

Neither is Dorothy alone in her task to bring love to the lives of moms. She is quick to give credit to local mother’s group leaders who give of their time and resources to perpetuate the mission of Catholic Moms Group. Since the ministry’s beginnings, dozens of mothers have volunteered their time and energy, completing the How to Start a Mother’s Group Workshop and going on to start groups in over 40 parishes. 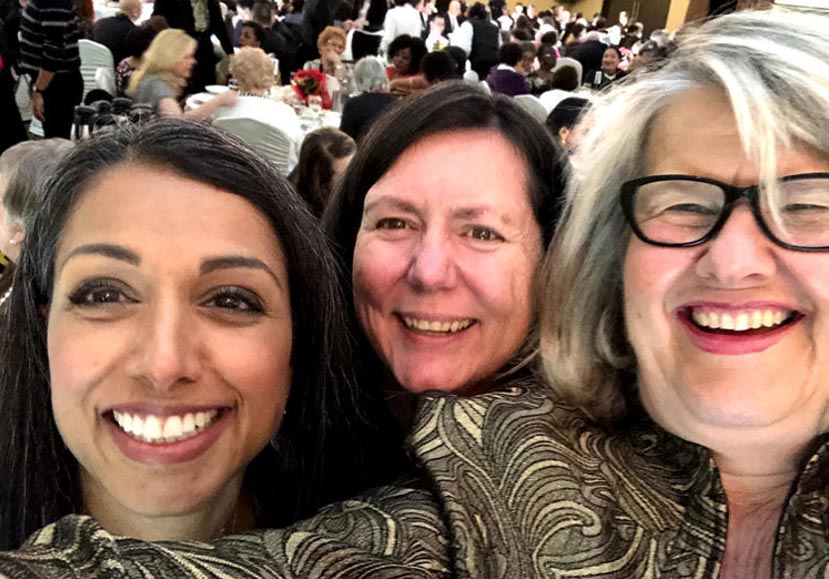 “This ministry would not exist without the mother’s group leaders who give of themselves so generously to serve their communities,” Dorothy claims enthusiastically. “Without them, we are nothing!”

Reflecting on the ways this ministry has grown and matured since that first meeting, Dorothy is left in awe of the direction that Catholic Moms Group has taken – now offering annual conferences and online webinars that draw guests from all over the world!

“I never thought it was going to become this!” she exclaims. “I never conceived this. I’ve entered into this mystery, and all these doors keep on opening.”

Dorothy, for her part, simply strives to yield to the promptings of the Holy Spirit, following wherever He leads. Now that Catholic Moms Group is an official faith partner of the Archdiocese of Toronto, Dorothy also works with an Advisory Committee who offers guidance and direction. Finally, Dorothy credits her spiritual director for working with her and providing her with clarity and encouragement along the way.

“I always say to God, this is Your ministry and Your Blessed Mother’s. I’m just here to serve You. If You’re done with me, let me know.”

Despite her humility, Dorothy’s passion and drive to bring Catholic mothers together comes through loud and clear – and her enthusiasm is infectious. By the time our interview draws to a close, I get the feeling that one thing is absolutely certain:

Not by a long shot.

To learn more about Dorothy, you can visit her website. Her book, Motherhood Matters, is available on Amazon.

In response to the COVID-19 pandemic, Catholic Moms Group has begun hosting weekly webinars. You can sign up for email invites here.

Isabella Bruno is a self-published author and teacher. You can find out more about Isabella at 5loavespress.com.