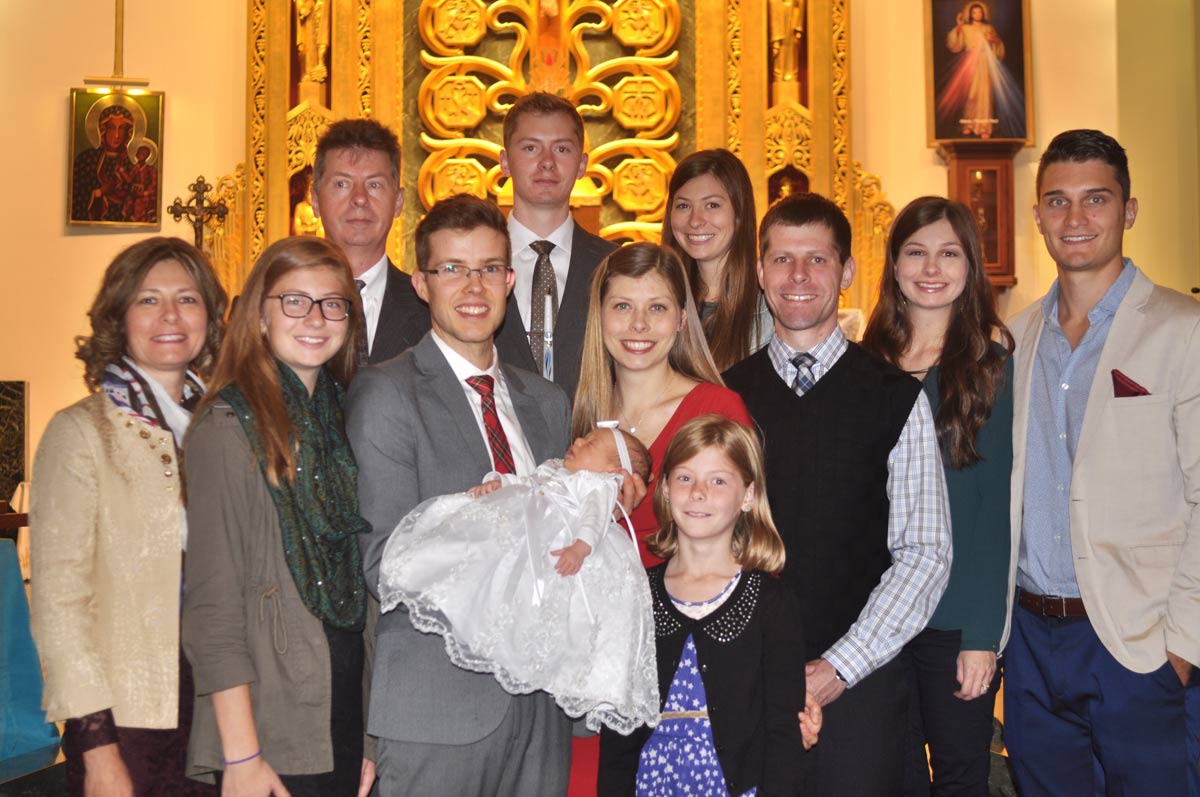 When I was a young mother of an ever-growing brood of children, I felt tired, stressed and in need of some friendships. My life seemed to revolve around endless piles of laundry competing with my desire to help my family grown in holiness. It was then that I discovered my first mothers’ group at a local church. There I had found a kinship and support system I had not known existed.

Eventually, I even started and ran a small mothers’ group at my parish for awhile. I must be honest, I ran out of energy and time before it really got off the ground. I am in awe of what Dorothy Pilarski has accomplished as she teaches other women how to start and run successful mothers’ groups. I wanted to know the secret, so I interviewed one of those success stories!

Krystyna Zasowski is a very busy Catholic wife and mother of eight children. She has been married for thirty years and recently became a grandmother. Her family attends All Saints in Etobicoke where they have been parishioners for 13 years.

She states,”My interest in Mothers’ groups began with an informal meeting for coffee that has taken place once a month for the last 12 years with mothers of girls from my daughter Clare’s class in elementary school. These mothers, my friends, have been a very positive and encouraging group of friends and I hoped to have the same kind of friendships and support form for mothers at the parish. My first formal exposure to Catholic mothers’ groups was at the first DWF conference I attended about 5 years ago. Dorothy Pilarski’s enthusiasm and her gentle persuasiveness and prayer was a huge factor in my deciding to facilitate this mothers’ group at All Saints.”

I was wondering how she managed to plan the group activities with all she has going on in her own life. “In terms of running the mothers’ group, the Mothers Group Starter Kit, and the training and coaching got the program up and running in no time,” Krystyna states.

She recalls a beautiful story of how she happened to be in the right place at the right time because she was setting up for a group meeting. A young man, in need of support and prayer, wandered into the church. After a brief conversation, she was able to share with this man that the mothers’ group would pray for him that evening. She believes that meeting was a moment of grace and divine inspiration.

When questioned on what she would say to women who are considering attending or leading a group she replied, “I always want to tell mothers that friendships are an important part of living, and the friendship with a loving, Catholic mother is an inspiration in my journey as a Catholic mother. Attending a mothers’ group allows you to make friendships with wonderful, inspirational women. In fact, leading a mothers’ group helps you grow as a mother.”

Krystyna Zasowski is a Catholic wife and mom. Her and her husband John, have been married for 30 years and have eight children and one grandchild. Krystyna graduated from the University of Toronto with a Pharmacy degree. She has been on the Board of Directors of FertilityCare for ten years. Krystyna helps teach Polish folk dance and is a Mothers Group Leader at All Saints Church in Toronto. For relaxation, she likes to garden or catch up on her reading. Krystyna has also been seen on the slopes skiing!

Mary Lou Rosien BSW, MA is the RCIA Coordinator at St. Leo Church in Hilton, New York. She is the author of Managing Stress with the Help of Your Catholic Faith (OSV) and Catholic Family Boot Camp (Bezalel Books). Mary Lou is also a columnist with Catholicmom.com, and AmazingCatechists.com