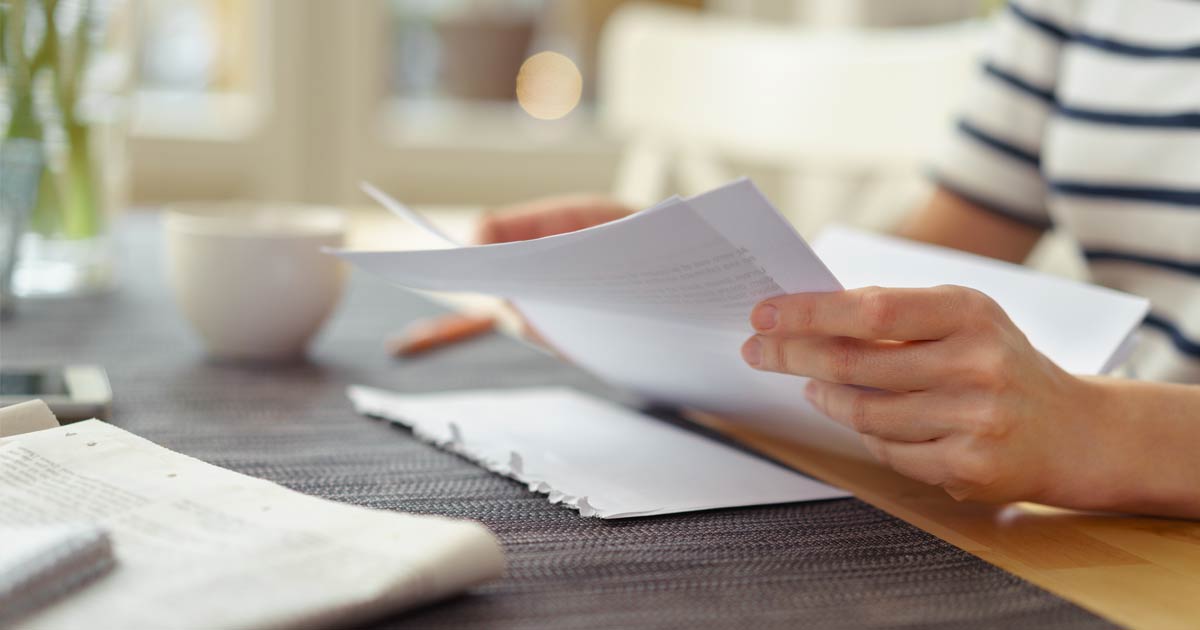 A Powerful Letter to one Mother

When I was a young mother, with two children under foot, I had a number of different friendships. Women that I talked to about a whole bunch of things. Some friends were pursuing their careers with a vengeance, travelling internationally, others were immersed in their education, trying to get this accreditation or that.  One particular friend, a relatively new friend, one that I had met at Holy Rosary Prayer Group, had a very strong and vibrant faith life — wrote me this hand-written powerful letter…

It struck me very deeply, it resonated so much with the longings of my heart. I stumbled across that letter recently, given to me so many years ago…   I am so glad my dear friend took the time to write it. It spoke to my heart. I hope it speaks to yours! Have you considered writing a letter to a friend and encouraging them to cling to Jesus, to His words, to His promises? Oh, what a different world it would be, if we all had just one precious friend that wasn’t afraid so share the musings of her heart….

It is in my heart to give you so much encouragement. I treasure your friendship and admire your openness and your delight in God’s world and His treasures of faith. There is so much He has for us, we are just finding the “tip of the iceberg” (using that metaphor in a positive sense of course, not one of danger.)

In the area of His ability to provide read Matt 6:19, 24-33, Luke 12:15-34. I clung to that passage for years when we were first married and starting our family. The condition He give us on which His provision is based, is to “put His kingdom first.” That encompasses a lot but I think as long as we are trying to do that He know our efforts. This year my husband and I are learning to put Him first in our money by tithing the FIRST 10% and it is truly an adventure. I will share more about that with you in person.

I guess I was blessed in the fact that I always wanted to be a mother and NEVER for a second considered the idea of working while my children were little.

I watched most of my friends and society running off to work while their precious babies were being formed and raised by someone else. Everything in me said, NO !!! I’d go on welfare, I’d be poor, I’d move back in with my parents before I’d do that. I never did have to do any of those things, and we went through some very difficult financial times, but over the years I have come to see that there really is NOTHING TO FEAR !!! And there have been many benefits for our children living the way we have.

1. They have not been spoiled with too many material possessions.

2. They’ve been taught that true joy does not lie therein.

3. They’ve watched God provide when we didn’t know where or when the next money would come from.

4. They’ve had the security of our marriage being stable not being pulled in two different directions with two different careers.

5. They’ve had the security of me being at home and having the time and energy to cook for them, listen to them, pray with them, discipline them – but mostly to let them know in a concrete way that they are precious enough for me to devote my life to. That security makes it much easier for them to know God’s love. They know they are loveable, loved, worth dying for. There are a lot of kids – now adults – walking around thinking they are not worth loving (that can happen even with stay at home moms too though – It’s Christ that makes the difference.)

6. They’ve learned to share, to make-do with less, to see the beauty in each other – moving a lot is something that many people think is an insecurity, but for us it strengthened our family relationships, as we had to depend on each other. The peer groups which often can be so destructive for teens, got put in second place. I see that as positive.

Well, I could go on and on. The message is FEAR NOT – the Lord is true to His promises. Read the scripture passage. St. Francis of Assissi live the scripture passage. Fr. Rick Thomas in El Paso Texas (The Lord’s Ranch) lives by it. Many evangelical Christians live by it. Catholics are learning to live by it. You’re not alone!! Praise the Lord. I love you Dorothy, Love in Jesus!