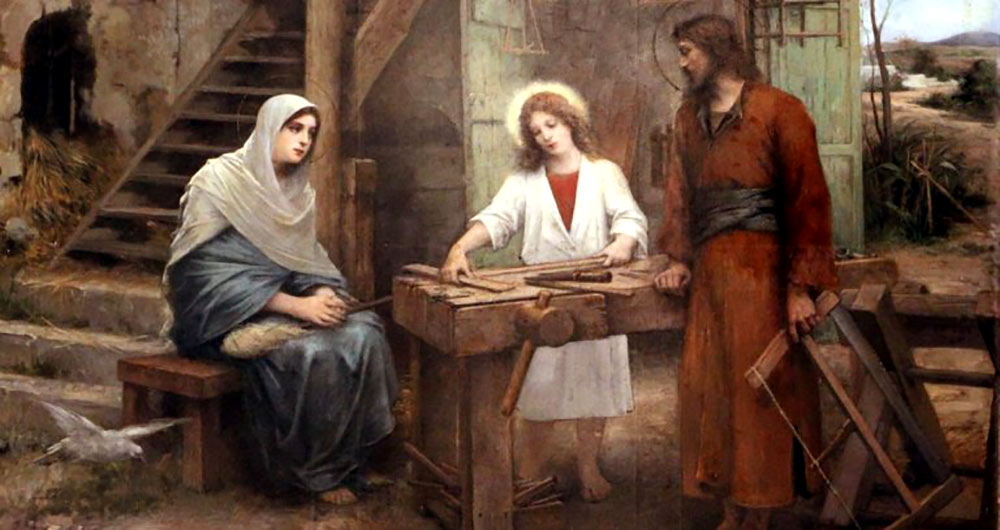 Getting to know Saint Joseph

The Blessed Mother was my introduction to Christianity. I always venerated Mother Mary, who guided me to our Saviour amidst the whispers and promptings of the Holy Spirit.  However, her beloved spouse, St. Joseph, remained nebulous in my thoughts.

During Christmas, I would wonder about his obedient faith and mull upon his mysterious intense relationship with God.  There ended my recollections about St. Joseph every year.  However, as always God had a plan and He masterfully produced yet another missing piece to be adroitly placed in the jigsaw puzzle of my spiritual quest.

A few years ago, there was a crisis in my family.  It was around the middle of March, coinciding with the time of the feast of St. Joseph, on the nineteenth of March.  It was also around that time when I learnt about the other feast dedicated to St. Joseph – the feast of St. Joseph the Worker, celebrated on the first of May.  Suddenly, it struck me – the crisis in my life was work-related.  God was leading me to St. Joseph, asking me to beseech his intercession.  With the help of St. Joseph, the situation had a happy ending.  Another instance that is imprinted on my mind is his intercession in buying our present home in a miraculous and unexpected manner despite enormous challenges and tribulations. 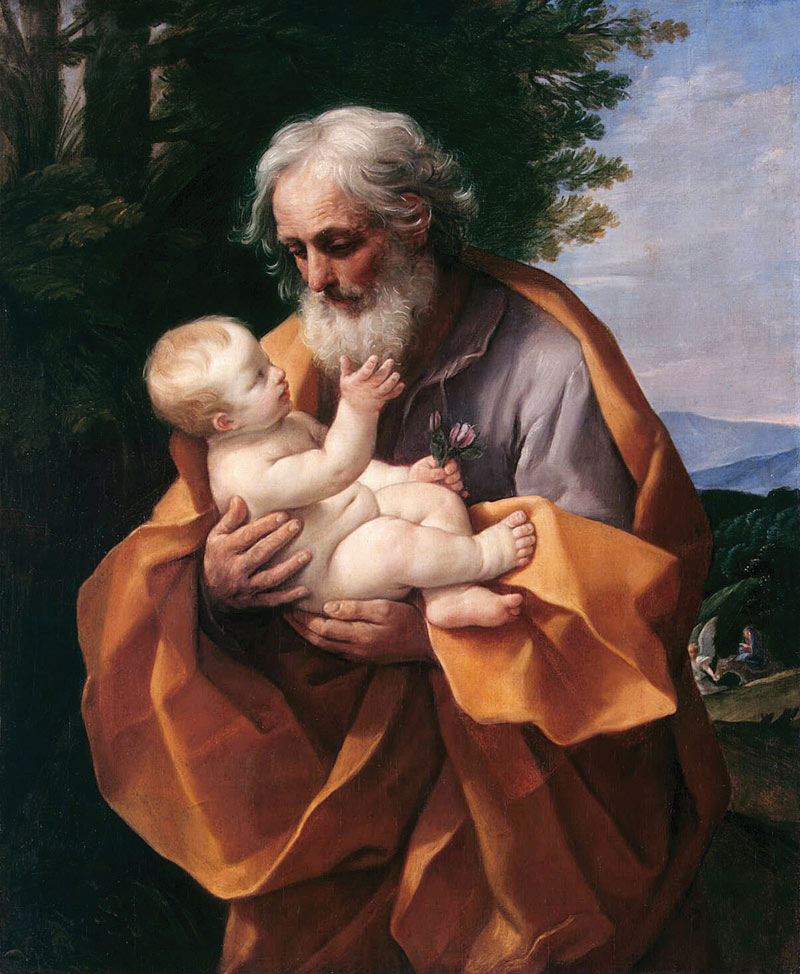 Thus began my ardour to get to know Joseph, the father of Jesus and the patron saint of Canada. This humble carpenter from the royal lineage of Kind David was the one chosen by God to be the father of Our Lord and the spouse of the Blessed Mother.  Joseph must have had a close relationship with God to discern and obey His will.  We see examples of this in the New Testament: when Joseph had to accept the Virgin Mary with a baby in her womb (Matthew 1: 18-25).  What enormous faith it must have entailed to make that decision!  Joseph knew that by obeying God’s will he was courting scandal and disgrace in an orthodox society, where the authorities dealt severely with any transgressions against the Jewish laws; yet that did not deter him.

The other instance, where he demonstrated unequivocal trust in God’s providence, was when he had to leave Israel after Jesus’ birth at the behest of an angel (Matthew 2: 13-15).  Joseph in Hebrew means ‘God will add’.  According to St. Josemaria Escriva, God added the unexpected to Joseph’s life.  Joseph, on his part, accepted every twist and turn from God with graciousness, like his courageous spouse.

Much as Jesus was the Son of God and perhaps, did not need anybody to shape His perfect human character, yet there must have been a reason why God chose Mary and Joseph to be His earthly parents.  What Joseph and Mary had in common was their extraordinary faith and unquestionable obedience to God, even to the point of jeopardizing their standing in the society.  It is this same quality that Jesus exhibits time and again – a passionate loyalty to God and love for God even at the risk of endangering his reputation.

Joseph must have been also a diligent and dedicated worker.  According to the Bible, he was a carpenter by profession as we read in the Bible when people ask, “Is he (Jesus) not the carpenter’s son?” (Matthew 13:55).  Carpentry requires skill, patience and industry; Joseph must have had an abundance of all these traits.

Yet his work never came in the way of his duties towards his family and God.  We learn about this in the Bible when Joseph and Mary present the baby Jesus to the Lord (Luke 2:22-24), and later we read that Joseph and Mary went to Jerusalem every year at the Feast of the Passover (Luke 2: 41).  In our modern world, where work is often relentlessly pursued for material benefits, Joseph is an inspiration to all workers, who are also fathers – teaching them to work diligently yet practice moderation and to never be neglectful in loving God, family and others.

Just as Jesus and Mary were entrusted to Joseph, who cared for them with selfless devotion, many are the saints who took refuge in Joseph’s protection.  Most prominent among them is the saint from Canada, St. André Bessette, the inspiration and moving force behind the Oratory at Montreal, the world’s largest shrine dedicated to St. Joseph.

Born Alfred Bessette to poor but devout Catholic parents, he did not have an easy life. Encumbered by physical and financial difficulties, Alfred walked the arduous and narrow path throughout his life.  When Alfred was accepted by the Congregation of the Holy Cross as a novice, he worked as a door-keeper at Notre Dame college in Montreal and he received the name, André.  He had a special devotion to St. Joseph and presented many sick visitors with medals of the saint and anointed them with oil that came from an oil-lamp, next to an image of St. Joseph, burning in the college chapel.  St. André always insisted that the healing was the work of St. Joseph and not himself.

Another saint, who had a great devotion to St. Joseph, was St. Josemaria Escriva, the founder of Opus Dei.  He addressed St. Joseph as his Father and Lord.  In his homily ‘In Joseph’s workshop’, St. Josemaria states that “if Joseph learnt from Jesus to live in a divine way; humanly speaking, there was much that he taught God’s son.  In daily life, Joseph was clearly Jesus’ master for a long period of His life, full of refined affection, denying himself to protect Jesus and His Blessed Mother.”

Thus in St. Joseph, we see not just faith but also love and self-denial.  In an age, where constant temptations of self-centered and unchaste pleasure hound humanity, we look up to St. Joseph, the paragon of chastity and selflessness.  Also, in all those situations where life is trivialized and abortions justified, we can be guided by St. Joseph, who was committed to welcoming and caring for a child even when he knew that it was not his.  Finally, in those instances when women are objectified, abused and treated with scant respect, we can take inspiration from St. Joseph who stood by his wife, respected her and treated her with tenderness and great love.

In fact, Joseph’s tender affection for the Blessed Mother and his immense respect for her must have had an influence on Jesus’s stance on women; for seldom, in those times did men treat women with such respect as Jesus did.  Whether it was Mary Magdalene, Martha and her sister, Mary, the Samaritan woman at the well or the adulterous woman condemned by the men, Jesus treated all of them with love, respect and justice.

St. Josemaria says, “Get to know Joseph, talk to Joseph and you will find Mary who always sheds peace about her.” We can do well to follow St. Josemaria’s advice in getting to know St Joseph, the patron saint of Canada, fathers, the universal church and the dying.  Most of all, we can do well to follow St. Josemaria’s wisdom when he makes an impassioned plea to every faithful believer to “get to know Joseph, for then we can find Jesus”.  After all, who can be better than St. Joseph and our Blessed Mother, God’s chosen ones, to show us the way to our Lord Jesus Christ?

Mitha DeCunha is a grateful wife and a mother of two living in Milton, Ontario. Apart from this, she works as an early childhood educator in a Catholic school board. Motherhood, she believes, is a vocation, a blessing and a journey. In this journey, she draws inspiration from Mother Mary. Mitha is present to her children fully and lovingly in their joy and sorrow, suffering and success.