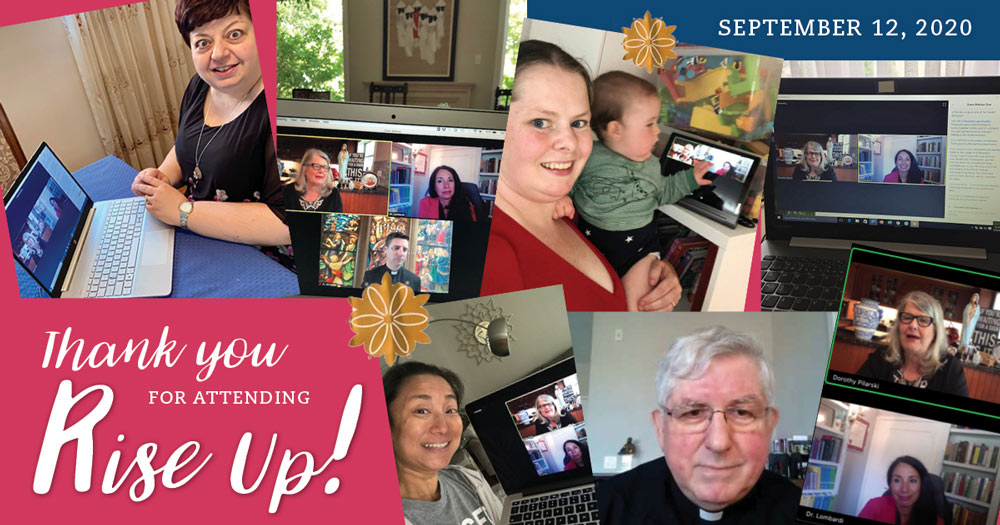 Cardinal Thomas Collins said there is no mistaking what the last six months of dealing with COVID-19 has been: a plague on our world.

But it’s also been a learning experience for himself, the Catholic Church in Toronto, indeed, for everyone.

“At the heart of it all (COVID-19) is a plague,” said Collins, featured speaker at the virtual RiseUp conference hosted by Dorothy Pilarski, founder of the Catholic Moms’ Group in the archdiocese.

It’s an observation that inspired Collins to read The Betrothed, an historical novel authored by Italian philosopher Alessandro Manzoni documenting the outbreaks of bubonic plague that struck north and central Italy — particularly Milan — from 1629-1631. He was struck by the similarities of the two eras.

“It sounded awfully familiar,” said Collins. “People were distancing from one another and the churches shut down. Everyone knew that the plague went from person to person even though they couldn’t use modern science. This whole thing has been awful, especially for those who have got the disease.”

It has made for some very difficult times for Collins as Archbishop of the Archdiocese of Toronto.

His most significant trial of the pandemic was making the decision on March 16 to suspend all public Masses, baptisms, funerals and parish events to ensure the archdiocese complied with Ontario’s public health emergency protocols.

“What we are trying to do at all times is respond. The shutting of the churches was the most horrible thing,” he said. “People were saying stay home, so we didn’t want anyone getting (infected). The Lord says, love your neighbour.”

Backlash was directed at Collins over this pronouncement.

“There is anger that comes when people are cooped up and feeling frustrated because of uncertainty. People would say, ‘why are you keeping the churches closed and letting the government say that church is not essential? Why don’t you fight them?’ ”

Rancour did not shake Collins’ resolve to keep churches closed, nor his decision to only re-open when all the necessary health and safety protocols were settled.

Sharing the news that communion on the tongue would not be permissible throughout the archdiocese was also tricky. The disappointment from parishioners was palpable.

“It is a source of immense pain for many, many people, even though it may seem trivial for some. It is written in the Church’s law that people can receive communion in hand or on the tongue,” said Collins. “However, our medical professionals say that sticking your hand in someone’s mouth is just not a good thing.”

Collins used an analogy of someone driving during a snowstorm to underscore how individual liberties must sometimes be sacrificed to ensure public good is protected.

Collins and his team will endeavour to maintain their steady-on-the-rudder leadership over the coming months to ensure parishioners and parish staff are not succumbing to COVID complacency. He does not want to be in a position where he has to entertain the notion of closing down public Masses for a second time.

The closing minutes of Collins’ talk illuminated some of the positive developments of the last six months. Collins said the loss of activity and distraction provides greater opportunity for prayer and reflection. Particularly reflecting on what is truly essential in life could even lead individuals to practise greater frugality.

The virtual Masses the cardinal celebrated once in-person Masses were shut down have proven to be a boon as well, despite the apparent limitations.

“I’m getting e-mails and letters from people all over the world — I’m amazed,” said Collins. “People are writing from the United States, Pakistan, India, South America, all over the place. Often, by the end of the day, over 6,000 computers have tuned into the daily Mass.”

Collins says he hopes that values that have been paramount during the pandemic — the discipline of self and generosity — will endure when the time comes for society to turn the page on COVID-19.

The virtual gathering also featured a communal rosary, a seminar about virtuous leadership from St. Augustine Seminary associate professor Dr. Josephine Lombardi and a speech about turning to Mary by Pilarski.

This article written by Quiton Amundson, is republish from where it originally appeared in the Catholic Register