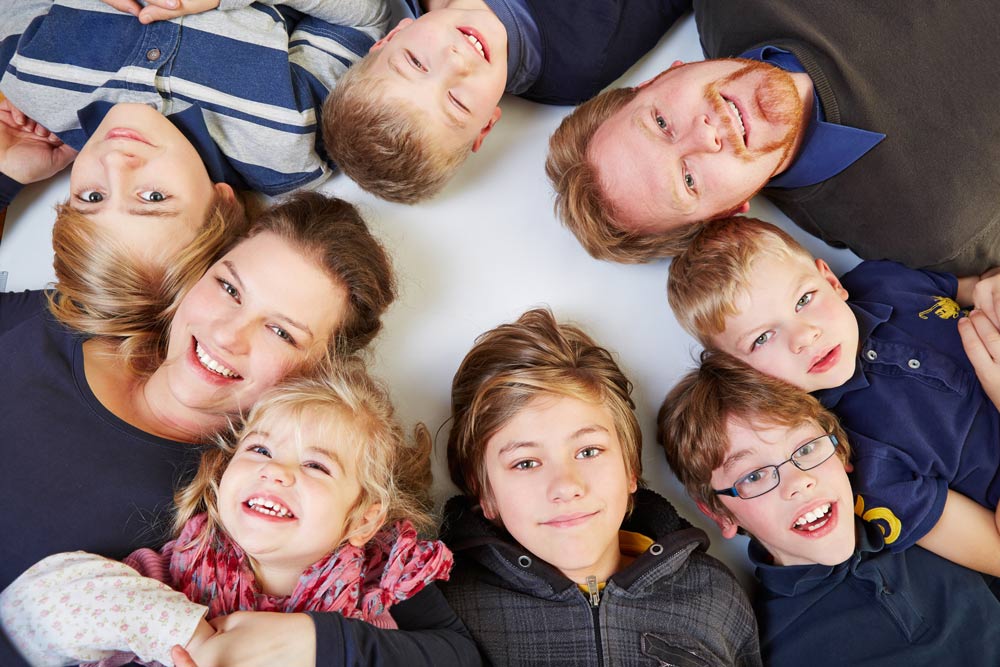 Perspective is Everything When It Comes to Motherhood

A friend once astutely observed: “Never has motherhood been easier and never have women complained more.”  His words reverberated in my soul because of their profound simplicity and truth.  Here was a man who lived a simple life on a farm with six children–one with cerebral palsy and another with severe mental and physical handicaps. Yet, he and his wife reveled in their children and wanted more. 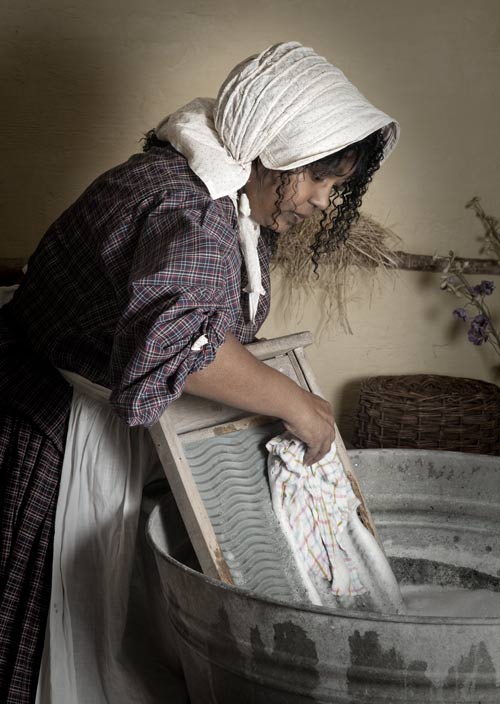 Motherhood has always been demanding, but the work of yesterday was even more physically challenging.  My husband, Mark, and I once marveled at a family pictured in a North Dakota history book on homesteading.  There was a family that had 21 (that number is not a typo) children.  They lived in a sod home.  In case you do not know what that means exactly, it means dirt— lots of it.

Imagine raising a large brood in a dirt-floored home where things became moist and dank during heavy rains.  There was no electricity or indoor plumbing let alone the other luxuries such as refrigeration, microwaves, disposable diapers, washer and dryers, pediatricians, department stores, air-conditioning, bug spray….

If we could go back in time and live such a life for a week, when we returned to our time, never again would complain about our comparatively easy lives.  But alas, the modern world has done more than make raising children easier, it has actually warped our perspectives so that we expect everything in life to be effortless.

The Sociology of Motherhood

Whenever I must wait for a doctor’s appointment, I skim women’s magazines. For many decades there has been a dual message.  One is a love of motherhood and the other is how to live as if you don’t have children.

Articles tell women to overcome the obstacles of having children: reclaim pre-pregnancy bodies, achieve career success without letting children stand in the way, make time for hair and make-up, and spend money for the latest fashions.  In other words, do not let children change your life.  Women end up with split personalities.  Part of them revels in their motherhood while the other part resents the inconvenience.

Woman with the luxury of staying at home are not without conflicts. It’s only human to sometimes feel exhausted or isolated. With a project at work at some point the task is complete. Jobs within the home are often never-ending.

Perspective is everything. This became especially clear to me one day while sitting next to a young mother on an airplane.  My seatmate was a nursing student with two young children being babysat by her in-laws.  She was returning from visiting her husband who was away doing pilot’s training in another state.

After telling me about her family, she asked how many children I had. “I have nine,” I confessed happily.  (Our tenth son from Kenya was not with us yet.) “Nine children?” she practically screamed.  But her shocked reaction was one of revulsion.  “How can you do that?  Doesn’t it get to you…all the work I mean?”

The Holy Spirit struck. I looked before me at the flight attendant cleaning up the remnants of the drinks and snacks she had served only moments earlier.

“Well, take a look at the work they do,” I motioned to my example hurrying up and down the aisle with a large plastic bag.  “They serve people and clean up.”

Then, I addressed this young mother.  “You told me you are training to be a nurse.  Are you going to clean bed pans and physically take care of patients?”

“Yes,” my seatmate answered, ever so slowly.

“I’ll tell you what the difference is,” I continued. “The difference is that for a mother, the work she does is for the people she loves most. When I clean a house, it’s my home.  When I take care of a child, it’s one of the people who matter to me most in the whole world.  I’m not paid to do it. I do it because it’s the most important thing in my life.

“There is nothing greater on this earth than being a mother to your children,” I said. “Changing a diaper is of equal value to anything the leader of a country will do today if it’s the work God gave you to do.”

My unsuspecting seatmate had clearly been shaken and said as much.  She admitted that in a few minutes, motherhood suddenly looked very different to her. I must admit, the sudden inspiration surprised me too.  I had never thought about it quite as clearly as I did at that moment. High above the clouds, the Holy Spirit made clear, that motherhood is not always full of glorious tasks, but it is always glorious.

Patti Maguire Armstrong and her husband have ten children. She is an award-winning author and was managing editor and co-author of Ascension Press’s Amazing Grace Series. Her newest books are: Big Hearted: Inspiring Stories from Everyday Families, a collection of stories to inspire family love, and Dear God, I Don't Get It and the sequel, Dear God, You Can't Be Serious, children's fiction that feeds the soul through a fun and exciting story.