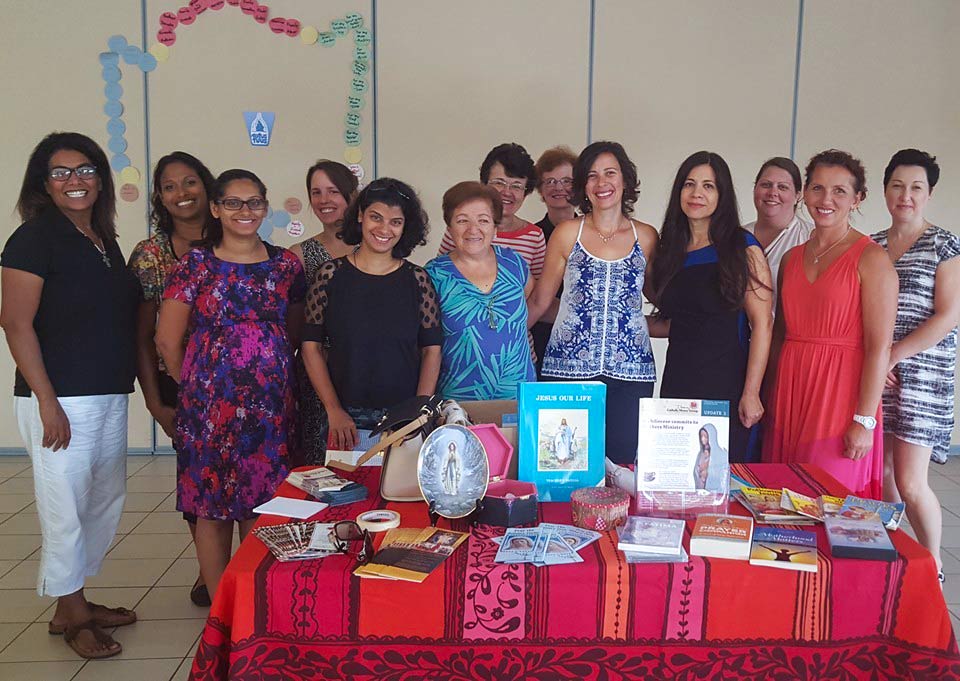 A group of us started a Mothers Group at Sts. Peter and Paul parish last year. The experience has been a bit of a roller coaster.

We started the group September 2015. From September through to December, we hosted the meetings in the mornings. Most mornings we had one, two, maybe three moms show up. We were determined, but a little discouraged. It seemed to be a lot of work. We wondered if  it was worth it. We wondered if we were making any difference.

In January 2016 , we thought we would change to an evening format to see what would happen to our numbers.

We consistently had posters up at the back of the parish, we lugged Catholic books and DVDS to each of our meetings. One of our volunteers made tea, the other brought cookies. We faithfully showed DVDS from the Mothering, Full of Grace series, we invited speakers, we sent out email prompts reminding moms about upcoming meetings.

We even had a volunteer start phoning mothers, extending a personal invitation. Still only two, three maybe four moms showed up in the evenings. We were happy but restless as a Mothers Group. At one point, two of us participated in the ministry fair after all Masses one weekend. We collected email address, but still only 3 sometimes four moms came to the meetings despite our email blasts.

I decided to start making appointments with school principals to tell them about www.CatholicMomsGroup.com and what we were trying to accomplish, asking for their help. Our mission is to remind mothers of their importance. We hope to remind mothers that with all the competing demands, it’s easy to get spiritually sidetracked, it’s easy to forget that our most important job is to pass down the Catholic faith. The principals were all ears, completely ready to help!

Quite unexpectedly two of our Mothers Group Core Team Members quit. For a number of good reasons, they just couldn’t commit to continuing to help out with the Mothers Group meeting. A woman who had worked closely with the ministry also through in the towel, all for a good reason!

I was left alone. I had to decide: Do I continue with Mothers Group at Sts. Peter & Paul parish?
After a solid year of trying to engage mothers at the parish, I didn’t seem to be that much further ahead. I asked any mom within ear shot to help the ministry.

This year, when travelling to Rome, I ordered 12 Masses to be celebrated (one a month) for the intentions of www.CatholicMomsGroup.com and all our Mothers Groups. They are being celebrated at the altar of the Transfiguration at St. Peter’s Basilica. I then wrote to a cloister of nuns, asking them to pray for the ministry. The vocation of motherhood is so important. Surely after ordering of those Masses and writing the Sisters, after pleading with Our Lord in Eucharistic Adoration,

Well, here it was September, I sang. Alone Again, Naturally, one of my favourite songs by Gilbert O’Sullivan and wondered, what do I do differently?

I prayed, I pleaded with Our Lady. Then I called my sister asking her for her help and yes, I called another Mothers Group Leader from another parish to help me!

After some reflection I decided that this September 2016 – again I would try a morning group once again! I decided to  create a flyer that promoted the specific Mothers Group meeting coming up. The regular posters that were up, month after month had grown a little too familiar. A new flyer – promoting a speaker, a mom who has had many struggles, many crosses to tell her story. And yes, I prayed.

My sister picked up a carton of coffee and six muffins from Mc Donald’s. Susan Monaco, the Mothers Group Leader from Our Lady of Peace came and helped set up the chairs. I lugged the books, the DVDs and brought flowers and a gift for our speaker.

With the three of us waiting with just moments before Mothers Group was to start – I panicked, I wondered,

“Is anyone besides our speaker going to come?”

My sister, Susan and I gathered in prayer,

“Dear Lord, we know that when two or more are gathered in your name, You are present. Dear Lord, we thank you for your presence and we claim authority over this meeting. Dear Lord, you know that when your servants try to do something to build up your Kingdom, Satan seems to get in the way and create obstacles, confusion and disappointment. We know that mothers are trying to get out to the meeting today and inadvertently something will happen to try to stop them. Cheerios will be spilt, a child will have a tantrum, a mom will think, “What’s the point?”

We ask you Dear Lord, to free these moms up, allow them to come, help them clean up the Cheerios, give them the courage and determination to get out the door and come to our Mothers Group meeting today! We beg you Dear Lord, bring us mothers!”

Well, we broke all records this morning! I was literally jumping with joy! About 16 moms were at our meeting this morning. I realized that all along our ministry was planting seeds, little by little, we were growing a Mothers Group even though we couldn’t see it. By our persistent efforts, by changing it up, by our sheer presence, we were growing. It took all that work, to bring us to today!

I encourage you Mothers Group Leaders, to always plead with Our Lady, order Masses for your Mother’s Group, sit in Eucharistic Adoration and ask yourself, “What can I do differently?”

But most importantly, never give up!

Another thing struck me, as it often does:

“If our Mothers Group ends up ministering to one or two mothers and just one of their sons becomes a priest, we just might have helped in his vocation because we helped his mom!”

It’s not about the numbers, it’s about responding to God’s call to minister to mothers by hosting a Mothers Group! 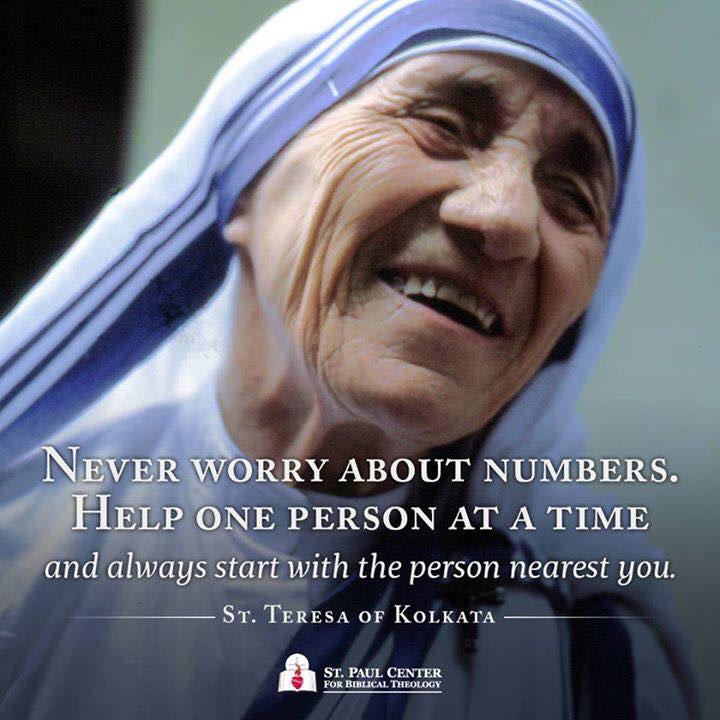 Remember always to offer all of your effort up to Him as a sacrifice, leave the fruits up to Him!