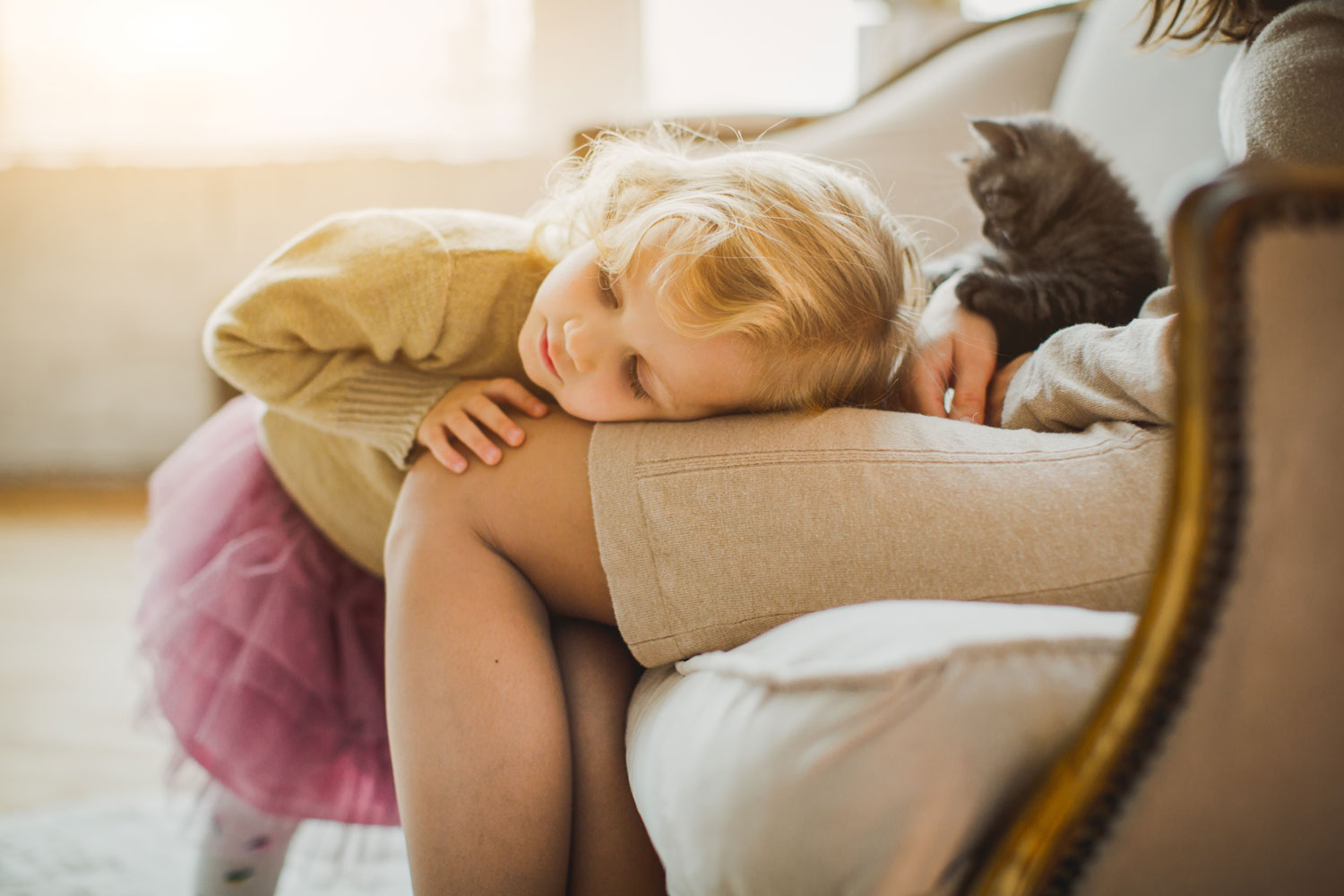 A child was found wandering the big, bustling and grey city. She had been separated somehow from her mother. A kind passerby stopped to help the crying child who could only say they were going to buy bread. Thinking immediately of the specialty Italian bakery up the street, the kind gentleman decided to head in that direction and find the child’s mother. How hard could it be? “Well, what does your mother look like?” the man asked.

“She is beautiful,” is all that the child said.

“Can you tell me more? I need to know more to help.”

The child thought for a moment and then slowly answered.

“She has curly hair that flows. Her eyes are sparkly blue; she is like a queen. She is the most beautiful woman in the world.” The child whimpered softly, her own eyes looking off in the distance to the image in her mind.

The man walked with the child up the street towards the bakery he had thought of. The woman shouldn’t be too hard to find, based on that description. Most of the people in the crowd were nondescript. Halfway up the block, he spotted a striking young woman with golden hair, which flowed over a neat navy pea coat with shiny buttons. She was very pretty and young. This must be her!

“Well?” he asked the child hopefully, pointing to the woman and moving toward her.

The man slightly surprised at hearing this and still holding the hand of the lost child, continued to work his way through the crowded street. He glanced at the faces he passed — an older gentleman, a middle aged woman with glasses, and then yes, there was a younger lovely woman on the corner calling, “Dear, dear! Come here at once!”

That must be her! The man’s heart soared, thinking this woman was calling to the little girl whose hand he held. But before he could ask the lost child, a lad of about seven leapt into the woman’s arms and the two hurried along. The little girl, sensing his eminent question shook her head.

“She is way more beautiful than that,” she said.

Up and down the street the man and the child went, searching, searching … but to no avail. A half hour passed by and the man finally decided he needed to take the child to the police station. He was having no success and the more time that passed by the less likely he was to find the child’s mother. The child was crying hard by now and the man felt badly for having to take her to the police station, where she surely would feel afraid. But what choice did he have?

The man with the sobbing child rounded the corner to the station with a large sign in front which read “Metro Police, Station Number 12.” and entered the cold, glass-doored building. There were desks and seats and lines and people. The child shrieked, pulled away from his hand and ran.

“Mommy! Mommy! Mama!” she cried and he followed her through the crowded room as she ran to a portly, plain woman whose hair was pulled back in a bun, in a tattered coat, holding a simple loaf of common bread. The woman dropped this loaf, let out a little shriek and clasped the child tightly to her chest. “Oh, my goodness! Oh my child!” she cried happily.

As the man approached the two hugging one another the woman looked up at him. Her face was devoid of makeup and her plain features would strike no one. The skin around her eyes was slightly wrinkled, appearing to be from happy squinting. And her eyes … he saw that her eyes were the most beautiful, sparkly blue, but mostly kind, very kind and animated. As tears welled up in them, he detected love and tenderness. Under the woman’s old hat he saw brown, curly hair, pulled up with bobby pins. Her child’s coat, neat and clean and new was in direct contrast with her own, tattered and torn. Clearly she had sacrificed for her little girl.

Your adornment should not be an external one: braiding the hair, wearing gold jewelry, or dressing in fine clothes but rather the hidden character of the heart, expressed in the imperishable beauty of a gentle and calm disposition, which is precious in the sight of God. — 1 Peter 3:3-4

Reprinted with permission of the author.

Theresa Thomas is a stay-at-home mother of nine and the wife of David. She writes for Integrated Catholic Life , is a columnist at Today's Catholic News, and her second book Big Hearted: Inspiring Stories from Everyday Families is available from Scepter Publishers. You can write to Theresa at TheresaThomasEverydayCatholic@gmail.com